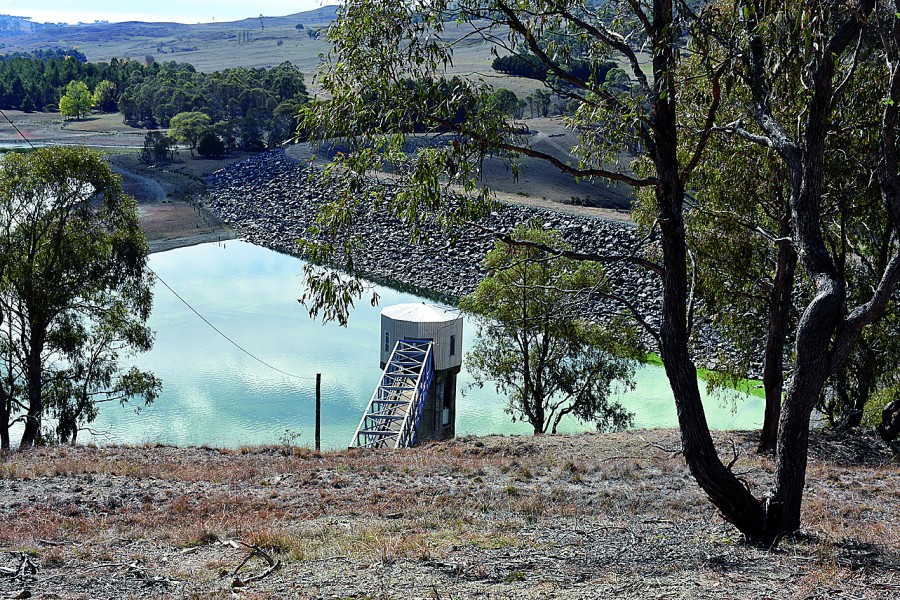 NORTHERN Tablelands MP Adam Marshall has challenged the State Government to turn on the tap and starting filling the $27 million funding bucket required to raise the Malpas Dam wall and deliver decades of water security to the city of Armidale and community of Guyra.
In a speech on the floor of State Parliament last week Mr Marshall said next month’s NSW Budget must be a watershed moment for drought-proofing efforts in the New England.
“Looking out at the magnificent vista of the rolling green hills, with long grass and full farm dams, it is really hard to fathom that just over 24 months ago the Armidale and Guyra region was in the grip of the worst drought anyone had ever experienced,” Mr Marshall said.
“Armidale’s water supply, the 13 gigalitre Malpas Dam, was only weeks from being empty while the two dams which service Guyra were bone dry.
“When Malpas Dam was built in 1968, it was done so with population growth in mind – the designs at the time accommodated a future expansion to 26 gigalitres capacity.
“Since the end of the drought, at least for our area, Armidale Regional Council, with the support of the Government and under the leadership of Mayor Sam Coupland and General Manager James Roncon, have been developing detailed plans and costings for the Malpas Dam expansion.
“If we lift the dam wall by 6.5 metres, at a cost of $27 million, we can more than double the existing 13-gigalitre capacity and easily fill it, gaining an extra 17 gigalitres of water and transforming it into a true regional drinking water storage.
“Recently Mayor Coupland and I met with the Minister for Water to impress upon him, now that the costings have been done, the critical importance of this project to the community and to request the capital funding right now so that council can get cracking on this important expansion.
Mr Marshall said the ambitious project must be the positive legacy of the worst drought on record.
“The council is ready, the community is ready and now we need the Government to be ready to act, to show us the money and let us get on with this critical water security project to ensure that our region can thrive and grow and safeguard the future generations of the Armidale and Guyra communities.”