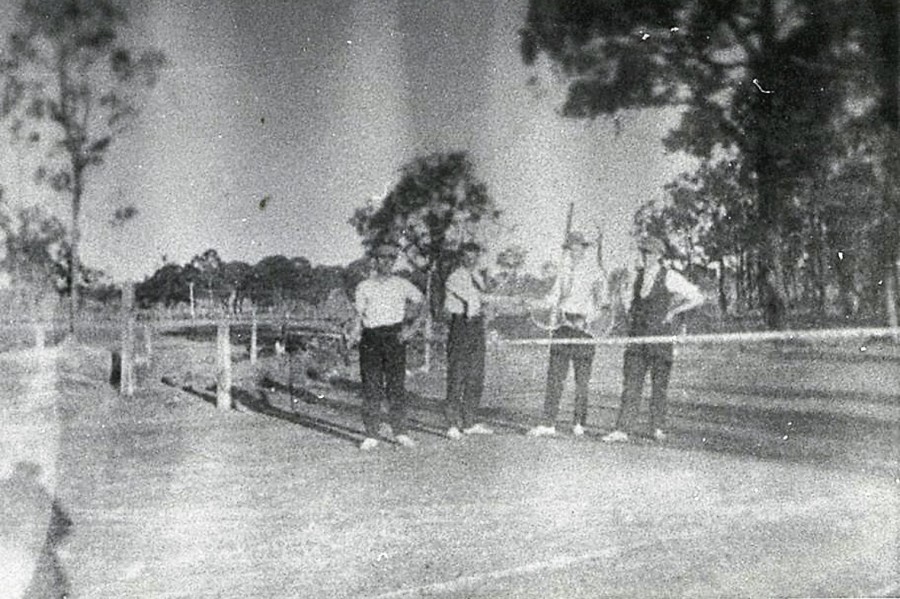 A number of families had tennis courts at their homes and tennis was played as a social game.
From the Armidale Express 5th October 1900: - A tennis match was played at Guyra last Saturday between Rock Abbey and Guyra. Rock Abbey was represented by Messrs. Faulkner, Campbell, Hutchinson and Grills, and Guyra by Messrs. McLean, Moore, Starr and Tapp. After a very good game Rock Abbey was defeated by 45 games to 19. Afternoon tea was provided for the visitors and friends by the young ladies of the club.
Correspondence from the Secretary of the Northern Branch of New South Wales Tennis Association was received at a meeting held at Starr’s Royal Hotel 21st July 1904 states that He had entered the Guyra Club in B Grade competition. This action was endorsed by the meeting.
The Guyra Argus 1st September 1904 reads: - A very enjoyable trip to Wandsworth eventuated last Saturday, when the Guyra tennis players, after a well contested match, defeated the locals by 11 games. The Guyra players showed very poor form, the honors of the game rested with Miss, Vida Purser, who specially distinguished herself, and Miss B. Moore who played a solid game. Of the gentlemen, Mr. H. Vincent distinguished himself by his impatience to intercept his partner’s strokes, and thereby losing many games needlessly. This gentleman should heed the advice given to him time after time, “To curb his impatience and exercise a little more foresight”. Did he do so he would be a strong acquisition, but while he lets impatience run riot over judgement, he will be a useless member of the team.
On November 8th 1905. Four gentleman (Messrs. (Mitchell (2) Palmer and Scott) from Invergowrie played a quartette (Messrs. McLean, McAlister, Love and Vincent) representing Guyra a tennis match at Guyra. The game resulted in a substantial win for the locals. A high westerly gale was blowing throughout the game, rendering anything like brilliancy impossible. In the evening the visitors were entertained at a banquet.
At a public meeting held at Tattersall’s Hotel on 23 July 1908 . Mr. Wickerson, convener of the meeting occupied the chair, and advocating the establishment of a Tennis Club at North Guyra, pointed out that a court had been prepared that the showground about two years ago, and had apparently, never been played upon. He thought it a pity that the “Knights of the Racquet: did not take advantage of the opportunity offered. After a discussion on, the following resolution was carried: - “That it is desirable to form a tennis club at North Guyra; that the name of the club be the North Guyra Tennis Guyra.
At a Guyra Shire Council meeting held 28 July 1932 : - P. McManus, President of the South Guyra Tennis Club, applying for a 3 year lease of the courts near Trucking Yards and offered £2 per annum rent. It was pointed out that a considerable amount of money had been spent on the courts over a number of years and more was required to keep them in repair.
Historical Society
Research Group 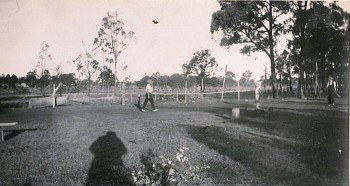