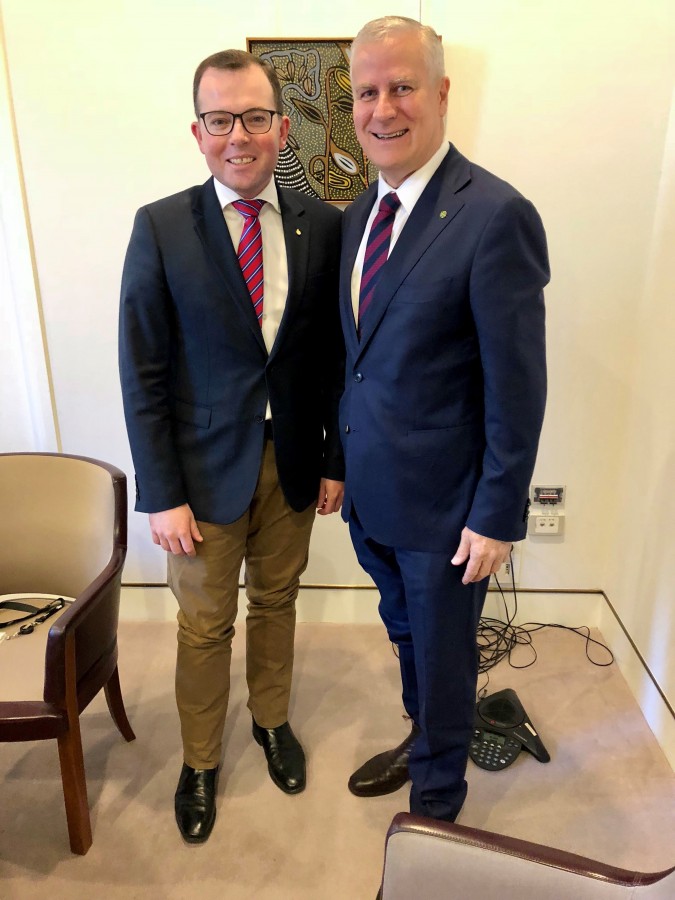 MEMBER for Northern Tablelands Adam Marshall has taken the fight to improve the region’s water security to the nation’s capital, raising the need for the Commonwealth Government to help upgrade and double the capacity of Malpas Dam near Armidale in a meeting with Deputy Prime Minister Michael McCormack.

Mr Marshall said he received a positive reception to the proposal and that Mr McCormack was very keen to see the final design and project scope, once the costings had been completed.

“There is a strong appetite to get diggers on the ground and projects like the upgrade of Malpas Dam underway, so when the big rains come again we prepared to capture it,” Mr Marshall said.

“With communities like Guyra soon to be without water, I felt it was important to sit down with Mr McCormack, Minister for Agriculture Bridget McKenzie and Drought Minister David Littleproud personally and lobby for their support for this project.

“By adding five metres to the height of the wall, the dam’s capacity can be doubled to 26,000 megalitres.

“It may cost upwards of $40 million but I think that will be money well spent if it results in long term water security for communities in the lower half of the Northern Tablelands.”

Mr Marshall said the ball is now in the court of Armidale Regional Council.

“This project has the strong support of Deputy Premier John Barilaro, it has the support of Deputy Prime Minister Michael McCormack and has been called for by the community – now we just need council to complete the work required to deliver the plans so I can get on with the job of securing the funds and get cracking on the project.

“I know council does not have funding to put toward this project, hence why I have already begun lobbying both levels of government to get them on board.

“The reality of the situation is when Malpas Dam was being designed in the 1960s engineers did so with the expectation Armidale’s population was going to grow and so they put systems in place which would allow the storage’s wall to be raised to increase its capacity.

“I look forward to working with council and NSW Public Works Advisory to dust off the original designs for the dam, revamp the proposal with costings and put forward a business case to the State and Commonwealth Governments.

“The new $13 million water pipeline connecting Malpas Dam to Guyra will be operational in a month and now we need to be looking past that to ensure communities like Guyra are never faced with the same situation, as they have been in this drought, ever again.” 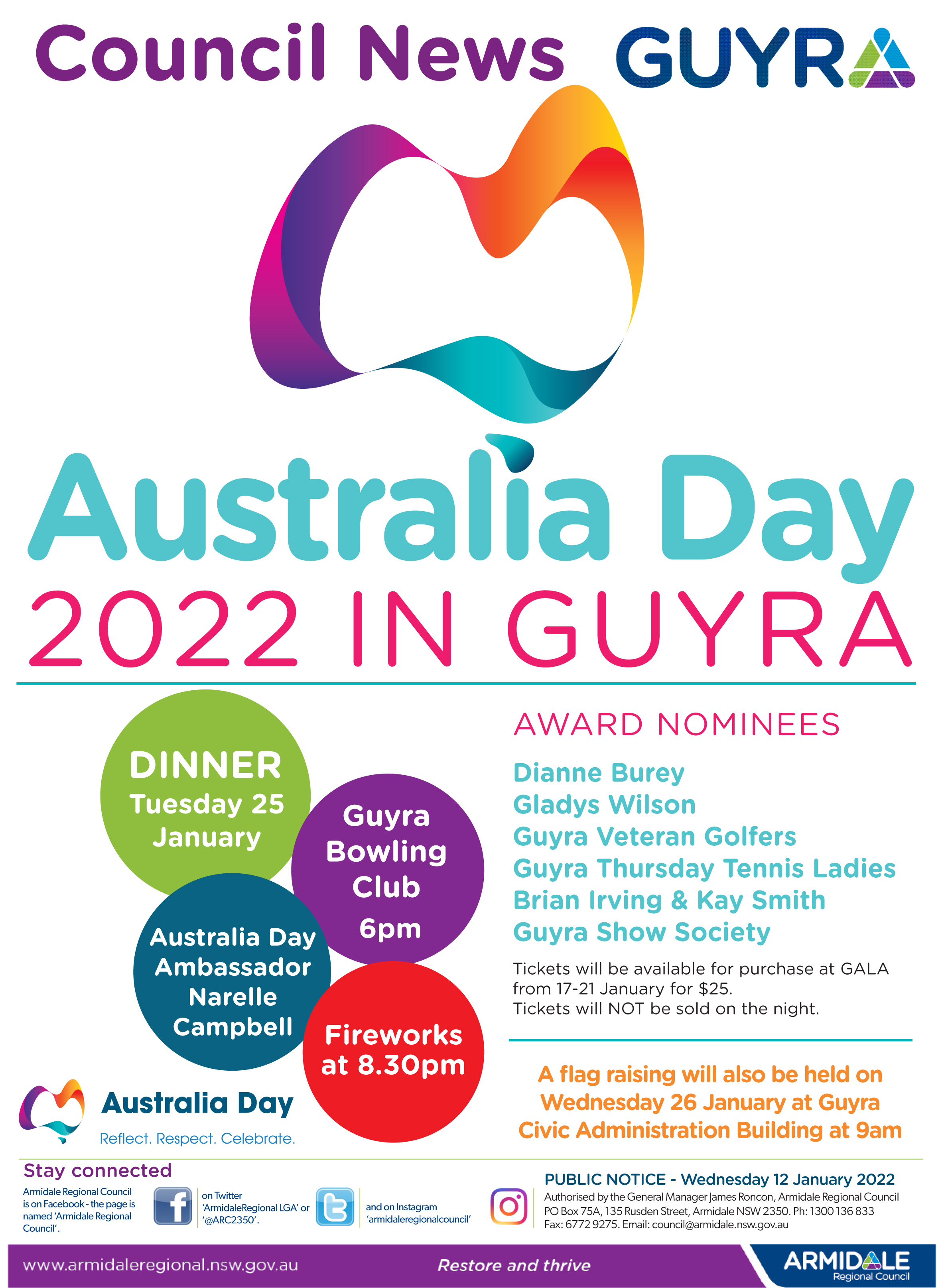